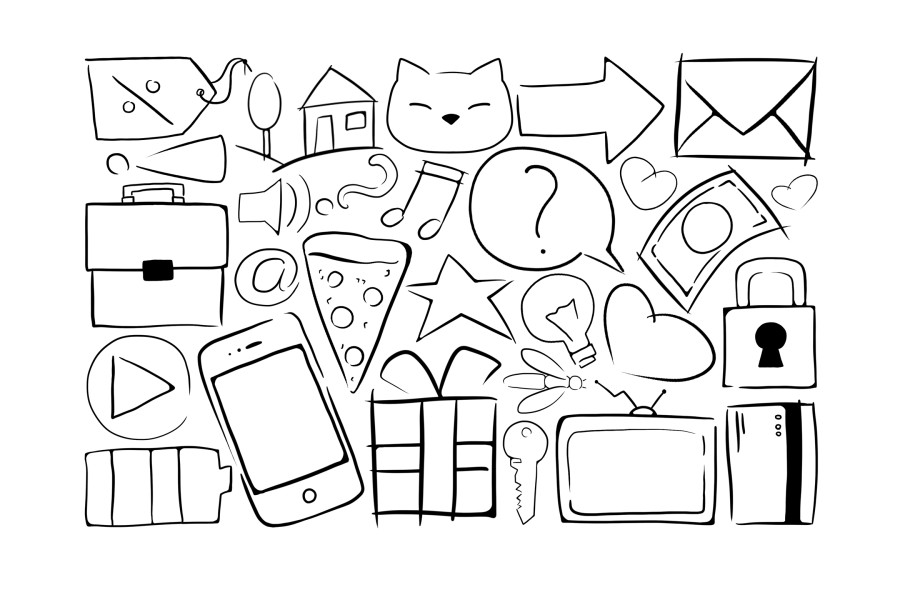 Stories are powerful and everyone is talking about how brands should tell stories, but they're wrong.

Brands shouldn't tell stories. They should create them.

Because powerful stories are created and experienced, not told.

I can tell you a story and it might entertain you or interest you, but it's much more meaningful and impactful when you can experience the story yourself.

There's a big difference between hearing about a magic trick and seeing the magic happen right before your very eyes. The same is true with stories.

I want to illustrate my point with three concrete examples, and I'm going to save the best for last.

The first is Burger King, which is a brand you should be following no matter what. They are constantly pumping out some of the wildest, most ambitious, and creative campaigns I've ever seen.

But last year, Burger King went on Twitter and they started liking people's tweets from 10 years ago for no apparent reason. They weren't commenting, they were just dropping a “like” on tweets that were 10 years old on a bunch of random people's accounts, some popular and some not.

If you're on Twitter and some brand randomly likes a tweet you made 10 years ago, you're going to be confused. And let me tell you, people were.

This started a communal discussion on Twitter and elsewhere about why Burger King was liking people's old tweets.

Then they dropped the announcement with their own tweet: "Some things from 2010 are worth revisiting like your old tweets and funnel cake fries. Get them now for a limited time."

Burger King announced they were bringing back funnel cake fries, which originally were released back in 2010. This was bizarre and unorthodox, but it brought people together and got them talking about Burger King without Burger King saying a word.

Now let's talk about one of my favorite people in the world, Bill Murray.

Bill Murray is a legend and I know he's been in a ton of movies and you've probably seen a lot of them, but you may not have seen The Man Who Knew Too Little, so be sure to look it up and check it out, because it's awesome!

Bill Murray is a master of creating stories and there are tons of incredible stories about the hilarious, surprising, and unbelievable things he's done. Some of them have even become lore.

For example, he'll steal someone's french fry while walking by and he'll tell them, “No one will ever believe you.”

He'll sneak up behind someone in the street and cover their eyes with his hands and whisper guess who, and then he'll walk away. And again, he’ll say, “No one will ever believe you.”

He's crashed dozens of photoshoots and parties. He just has fun and he shows up in surprising places.

Here's the thing, Bill Murray doesn't tell stories. He creates them. His fans experience the story and it spreads like wildfire by them telling others.

I have one more example for you and this one is personal.

Let me tell you about Chewy, the online pet retailer.

I grew up in a house with three dogs and three cats because my mom is an animal lover. For my entire life, she's rescued and cared for animals, mostly dogs.

Most recently her pet project, pun intended, was Buddy, a sweet black Labrador. Buddy was a big, tall dog. If he walked up next to our dining room table, he could comfortably rest his chin on the table and snatch fruit right off your plate. He was also old and had a lot of health problems, but my mom loved him the same as she always has with her many pets.

After many years of failing health, surgery, and lots of medication, Buddy, unfortunately, went to doggy heaven.

A few days before she had bought him a huge bag of special dog food from Chewy. Not needing the food anymore, she emailed them to ask if she could return it, given her situation.

The response from Chewy was surprising, to say the least.

Chewy said they didn't want the food back. Instead, they told my mom she had been fully refunded and asked her to donate the food to a local pet shelter.

Now, that's really sweet. Isn't it? But the story doesn't end there.

She was happy to get a refund and delighted that someone who needed the food might be able to use it. Chewy earned some notoriety from my mom who shared this response with the family and friends, et cetera. But then something else happened.

A few days later, my mom received a package in the mail. A beautiful arrangement of flowers from 1-800-FLOWERS and attached to the flowers was a note from Chewy. The note read: "We're sorry to hear about Buddy. Please enjoy these flowers and know that we're thinking of you."

I don't know about you, but Chewy earned my business for life.

So here's your takeaway:

Stories should be created based on empathy and personal meaning. When you create the story, you don't have to tell it. Other people will tell it for you making it spread farther and faster. And by having other people tell the story for you, those who hear it are more likely to listen and believe it.

Most importantly, by creating the story. You get to choose what role you want to play and you can choose to be the hero in an organic and relatable way.

Doing this is difficult and it doesn't scale easily. But it's not complicated and there's absolutely no reason that you can't do the same.

Be human and treat customers how you would want to be treated, with respect, dignity, and empathy.

Stop trying to tell stories and start creating them.

Thank you! Your submission has been received!
Oops! Something went wrong while submitting the form. Please try again.

The Worst Thing You Can Do In Marketing

What Does Agile Marketing Mean? Here's What You Need To Know